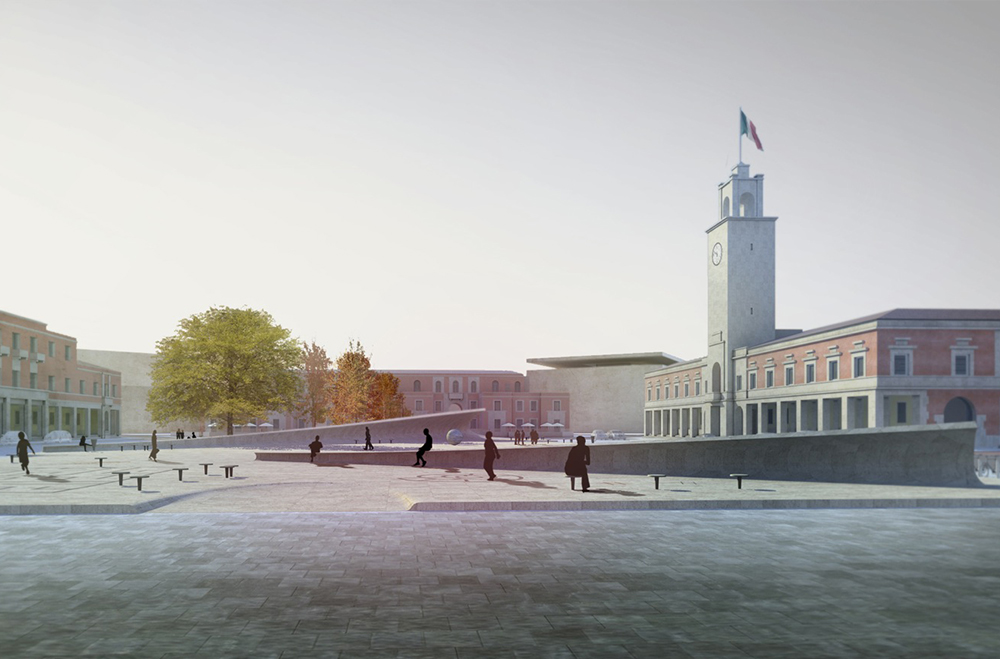 LATINA A CITY FROM NOWHERE

The travertine sheet frames the living space as it changes in time: light angles turn and intensifies, shadows follow their path, seasons and uses change. The lower surface of the sheet mirrors its surroundings, erasing the limit between the natural and artificial spheres by revealing another reality beyond the existing one. The garden is a space to immerse oneself into: the native species symbolically recall the original marsh-landscape, and the fluctuating and constant evolution of shades and colours of Nature in different seasons are an ever-changing spectacle.

Perimetral building facades and public porches are given primary importance in the overall spatial perception of the square. During nighttime the sheet is softly lit with a circular halo as if it were a stage, identifying the existing marble sphere which has rolled into a slightly decentralized position as the sheet curled up.

The square, as the city’s geometric centre, is located on the natural path of all drivers, wishing to cross the city in the shortest time possible. The new system allows circulation to pass from the square but not to cross it, inviting the major streams to take alternative routes. The former “Island” square surrounded by traffic, now becomes an “Isthmus” square, with the central pedestrian zone linked to the perimeter of the square through a filter: a shunting area following the principles of shared space traffic.

‘Sustainability’ is today a broadly(often inappropriately)used word, and in the only sense of environmental sustainability. Sustainability in this project defines itself as a careful and coordinated consideration of ecological, social and economic factors on a very wide time scale. Moreover the project takes into account aspects such as soil permeability, recycling and reuse of rainwater, users’ awareness of environmental issues, care and respect of the common areas, use of local materials with a low content in gray energy, simplicity of construction and maintenance. 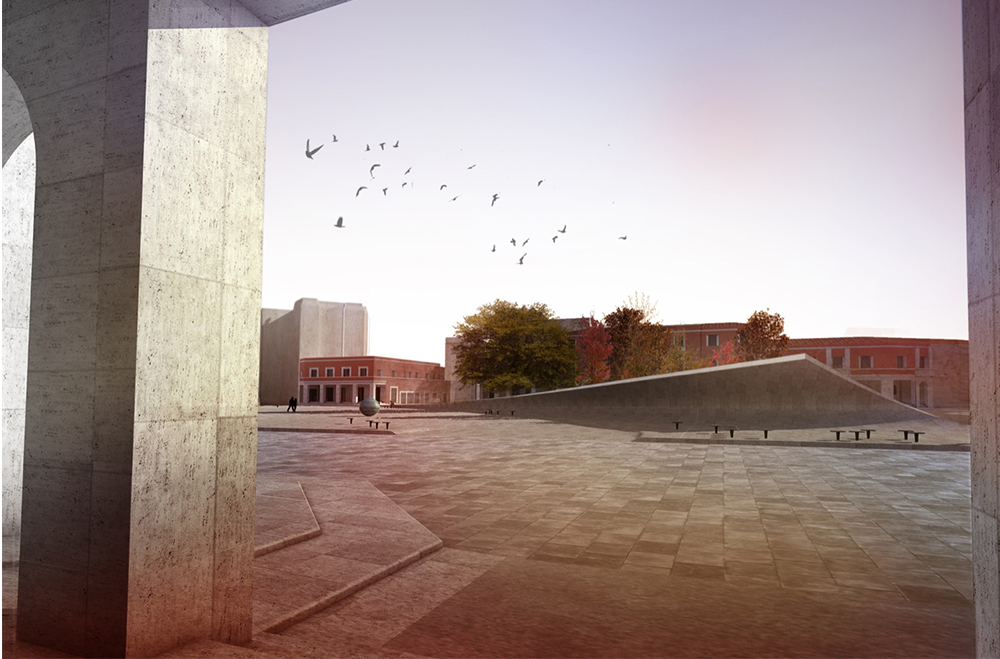 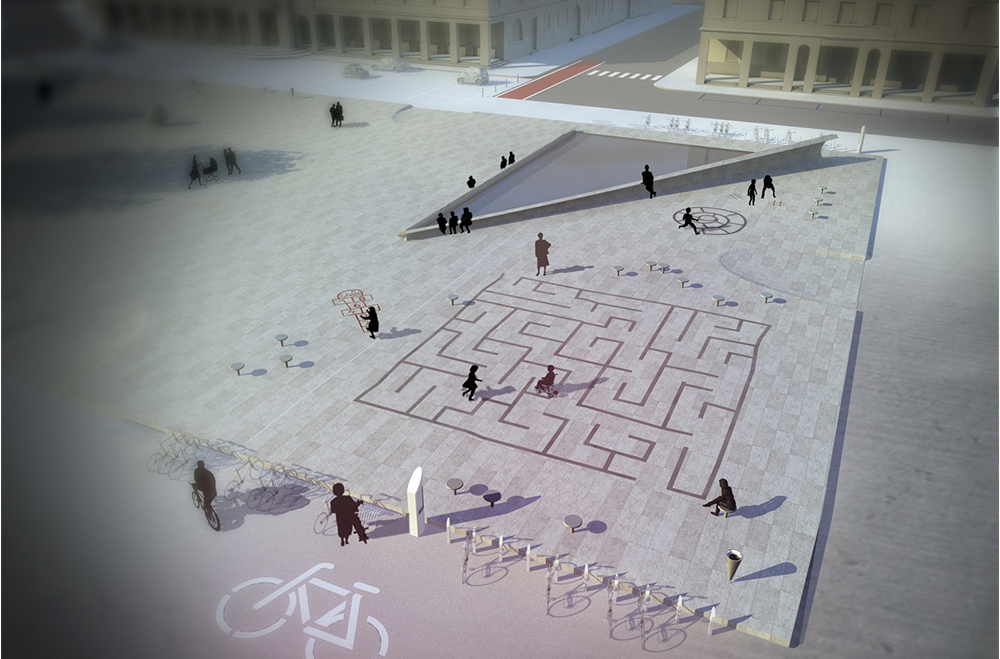 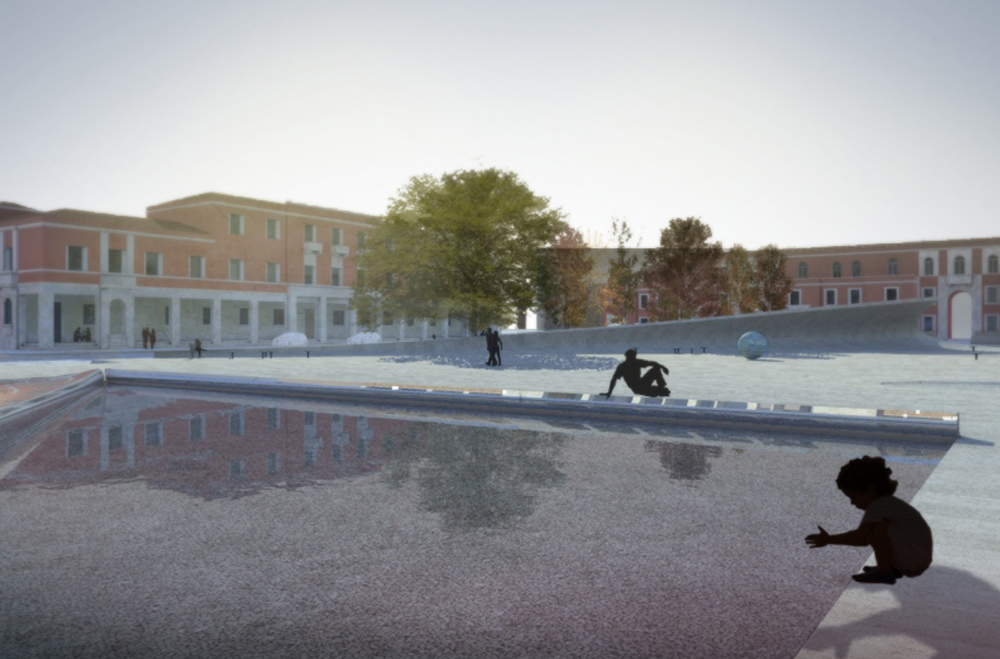 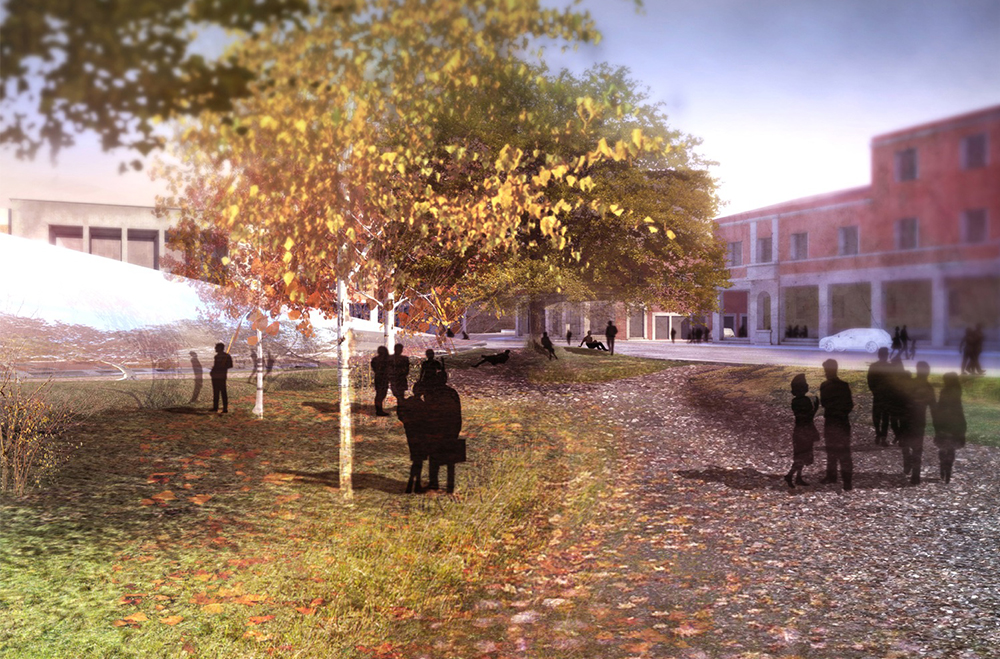 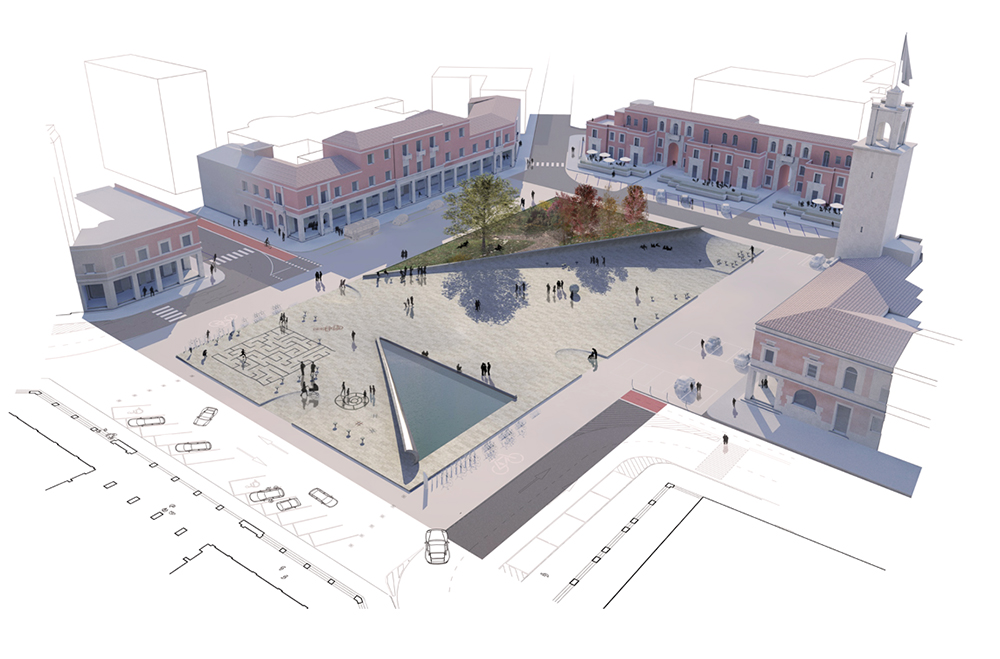 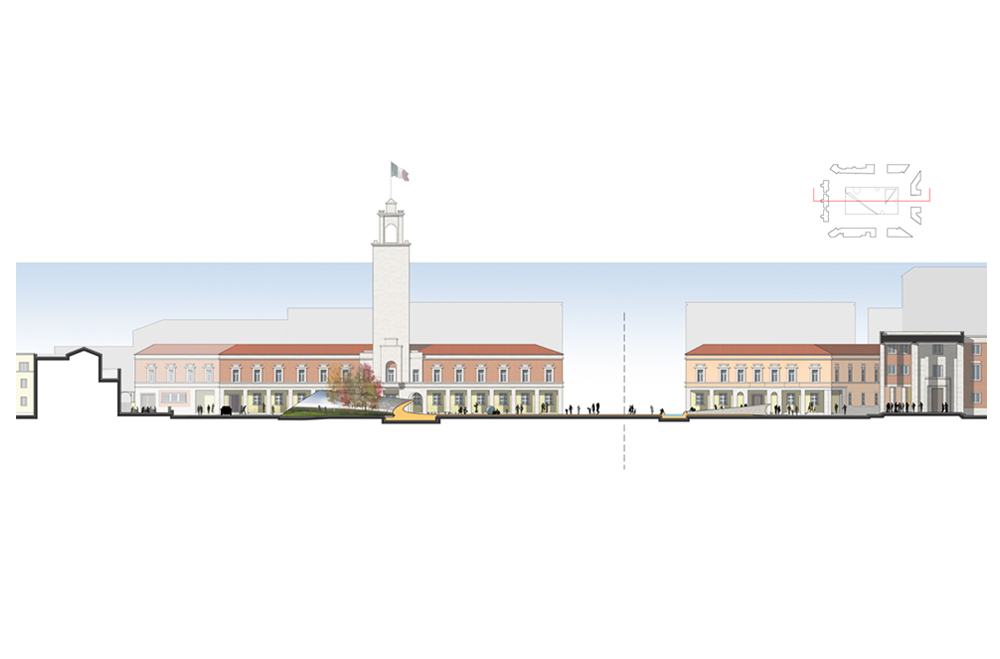 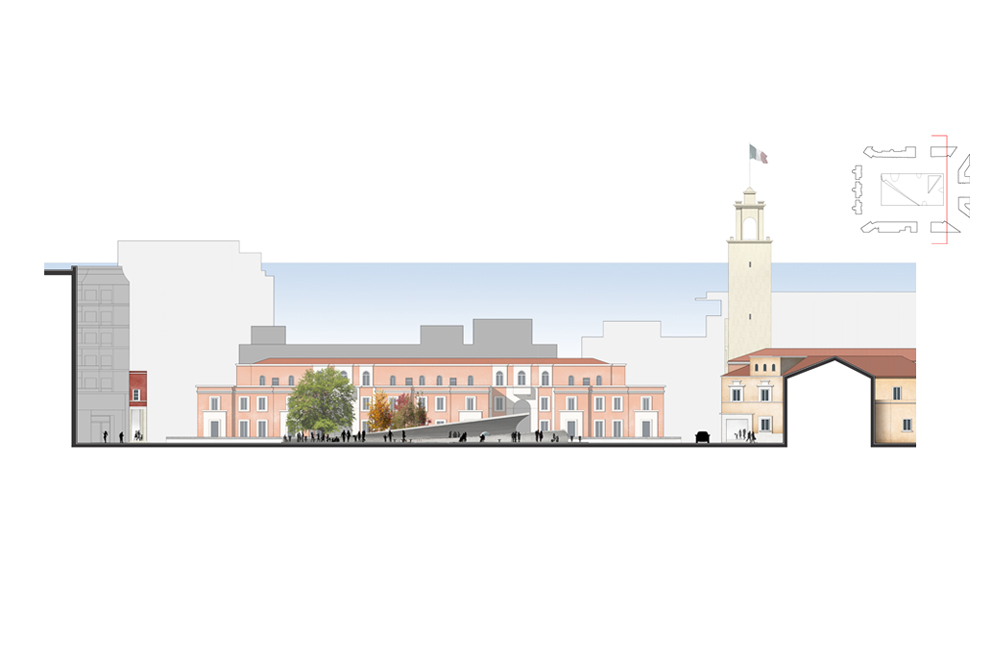 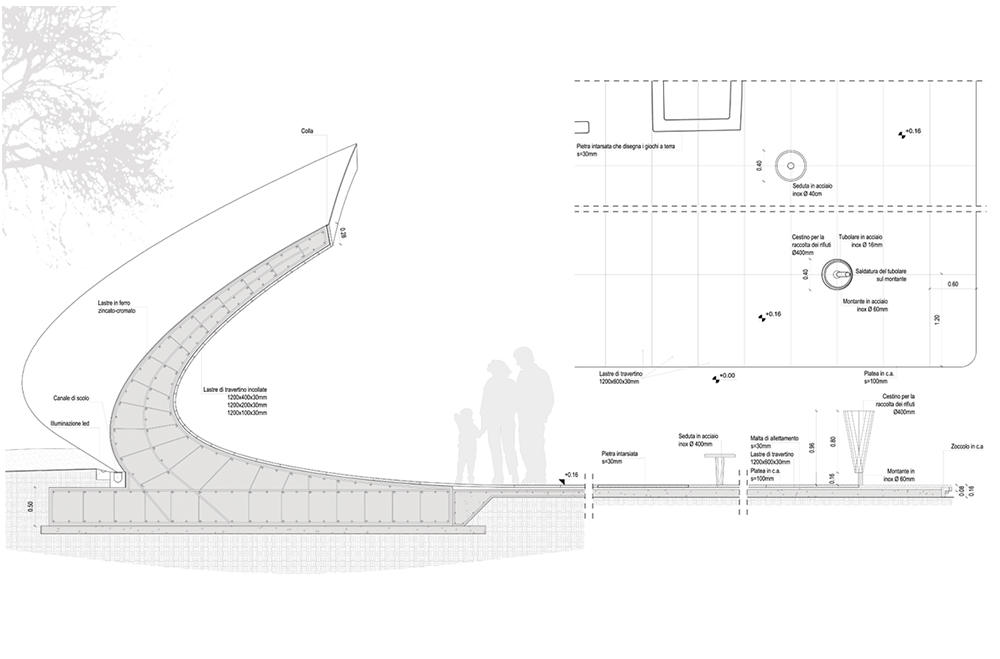 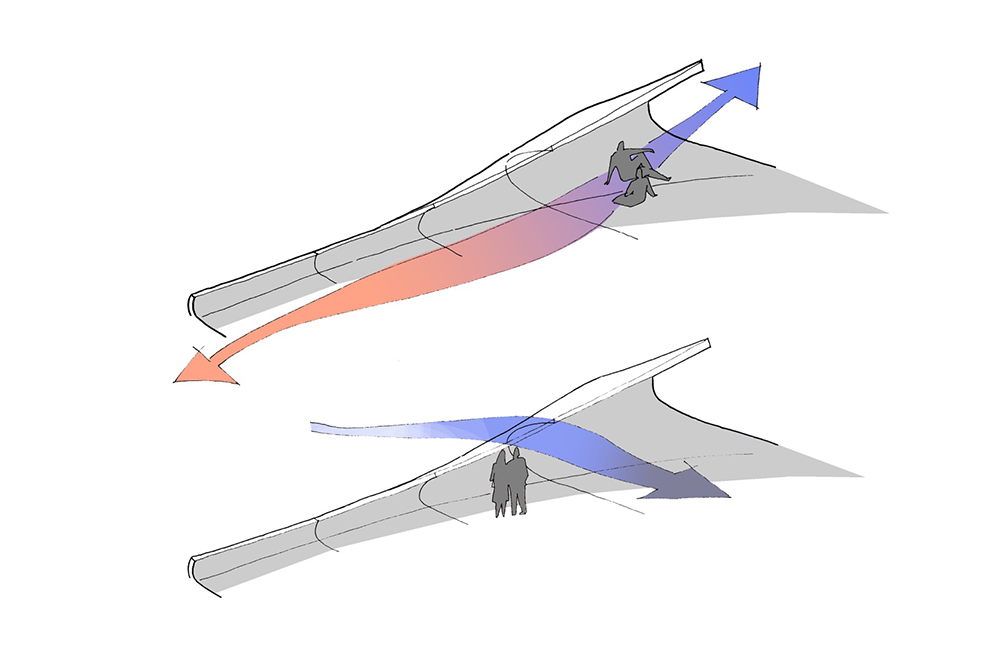 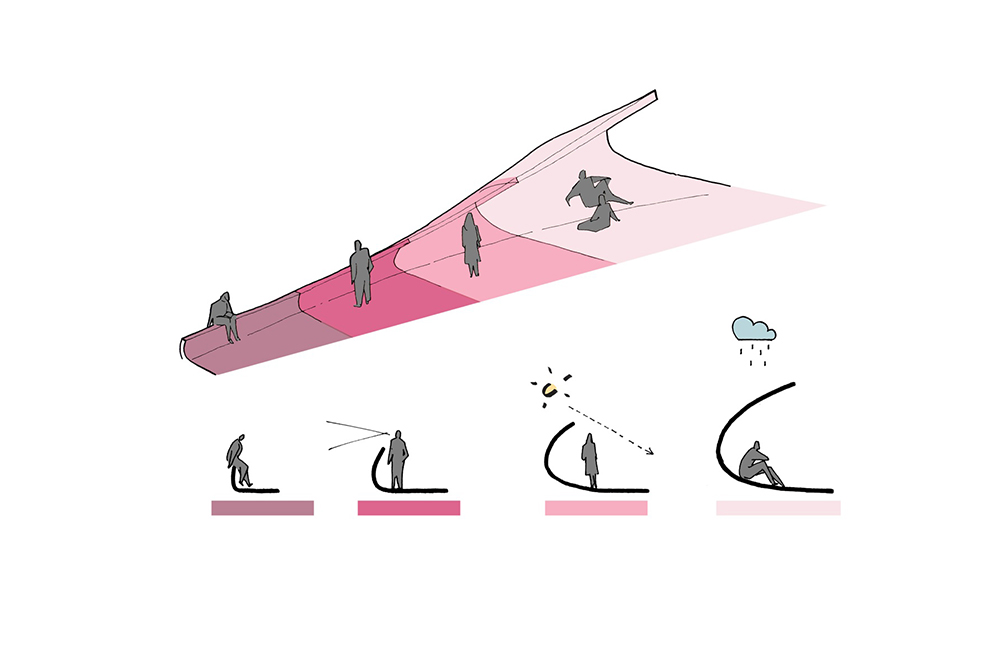 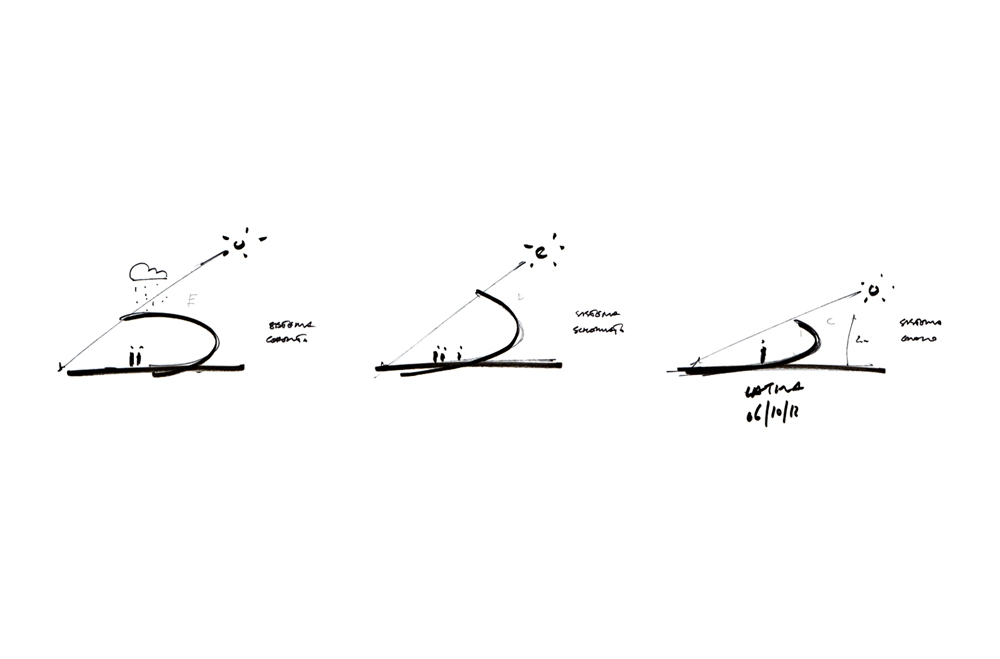 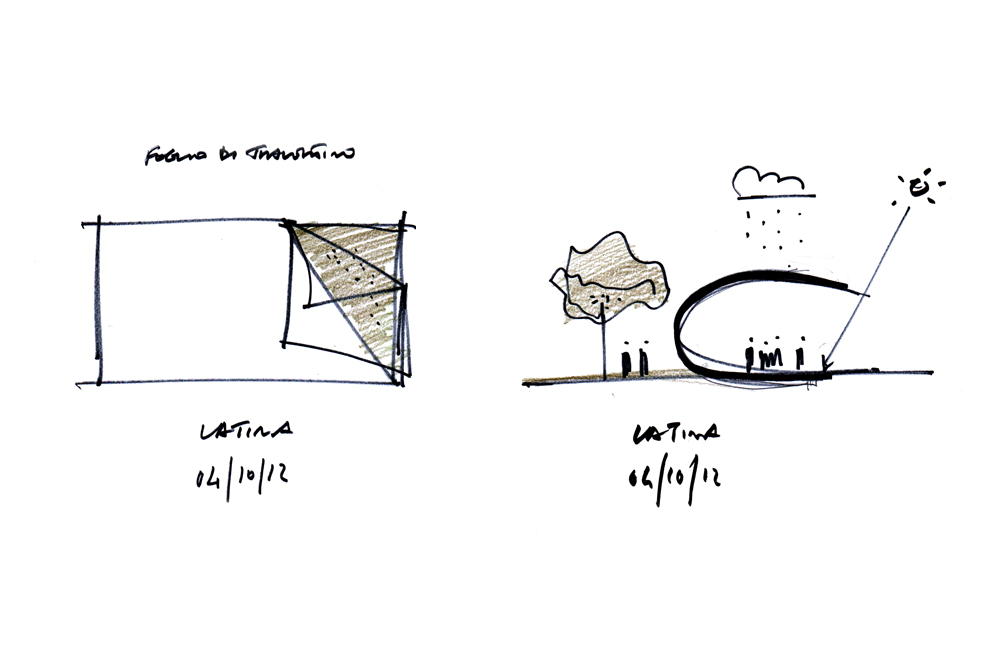 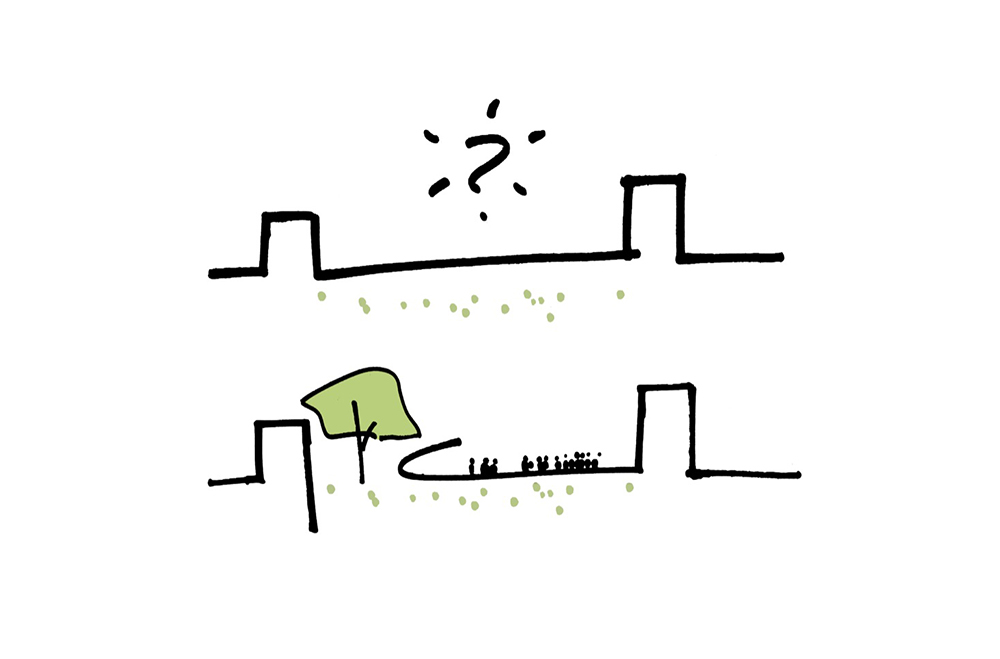 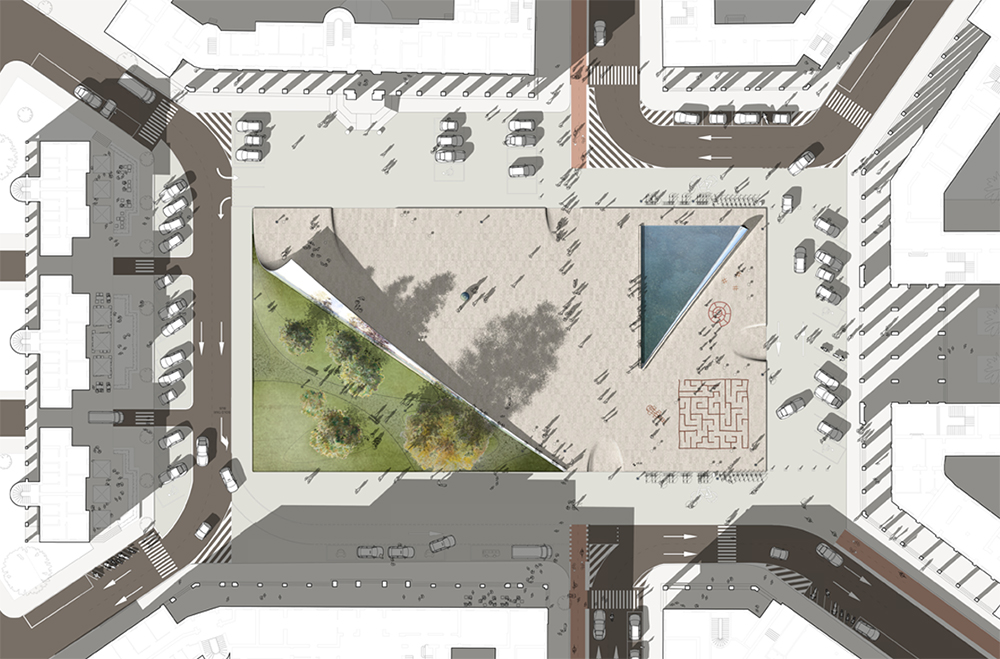 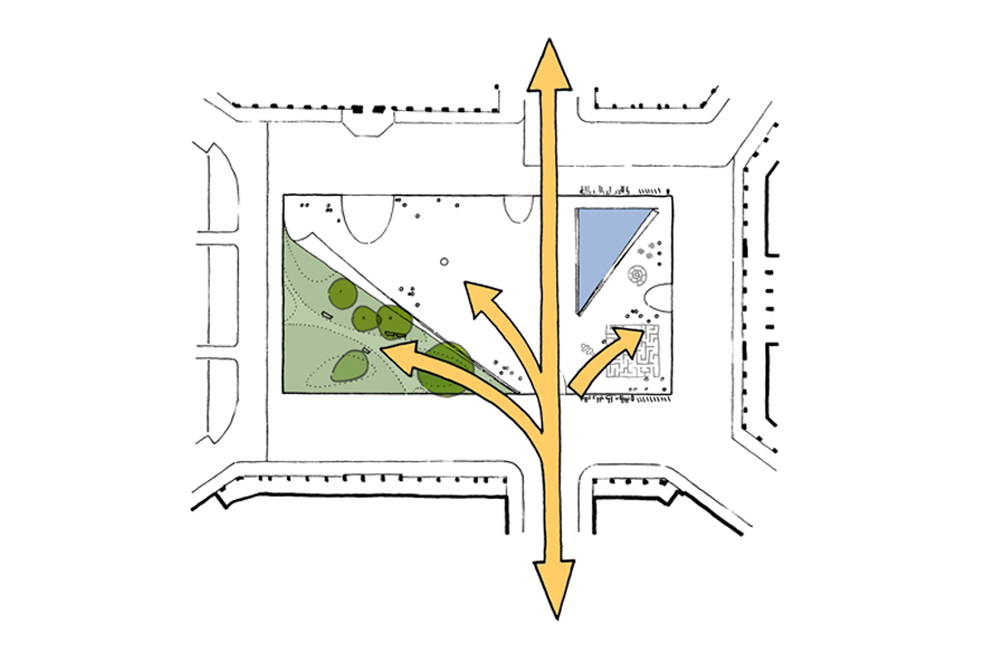 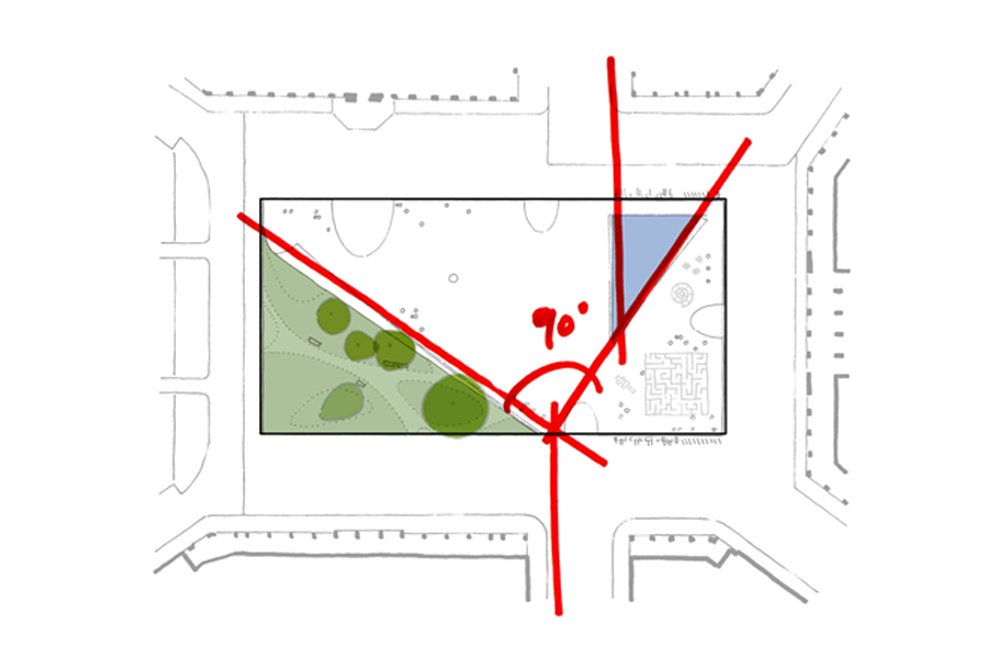