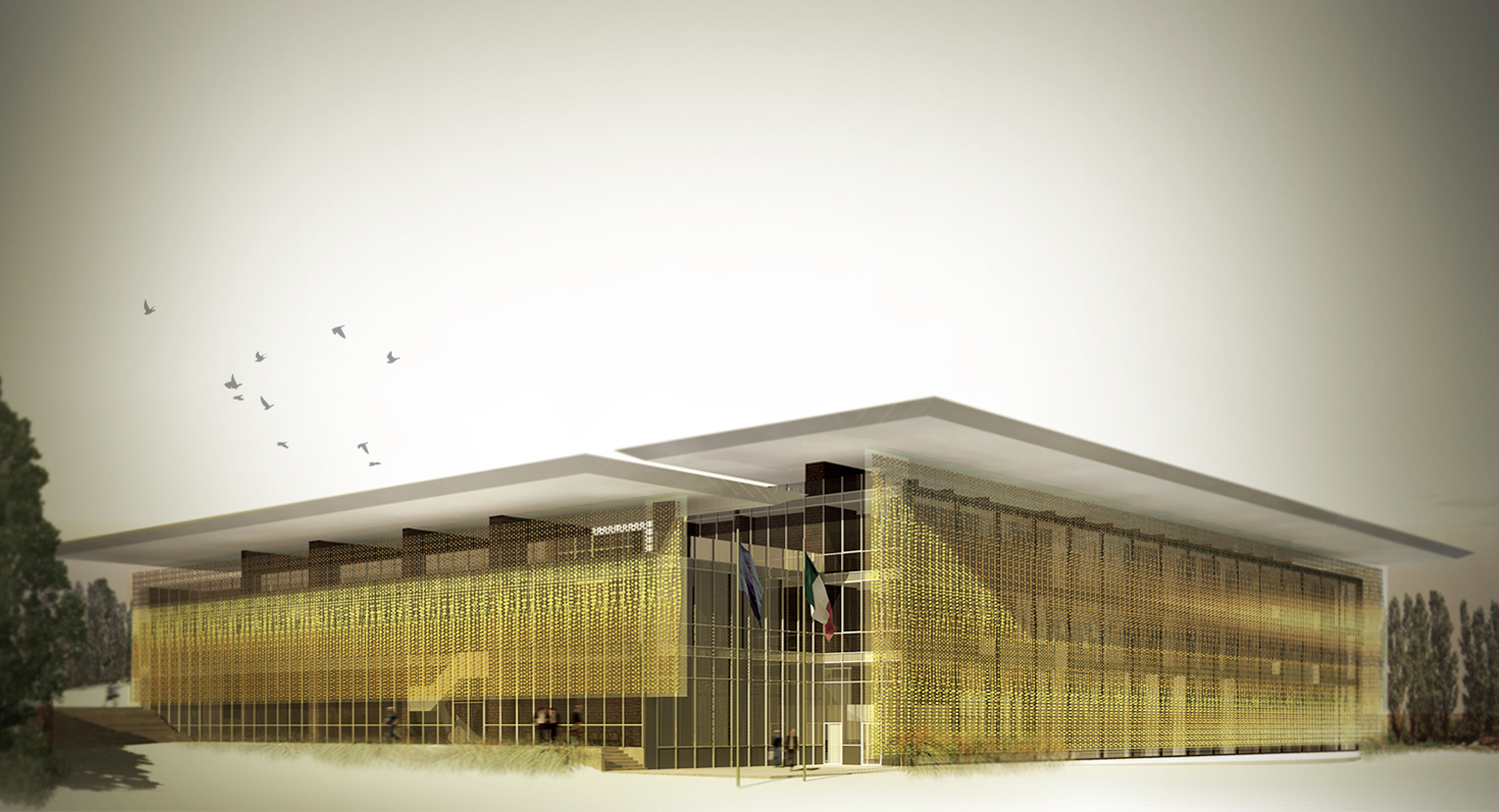 Clay has been chosen as the most important material to be used in the project, since it has important historical roots in both Italy and Uzbekistan. The building’s main clay-facade acts, therefore, as a “trait d’union” by suggesting a new use of the local geometries and patterns – from the beautiful clay architectures in Bukhara, Samarkand and Khiva – transforming massive traditional clay walls in light and translucent high-tech facades, as a tribute to the meeting of western and eastern cultures.

Clay has evolved through the decades, improving considerably its main values, however it has saved most of its flaws: fragility, opacity and heaviness. This project shows a new way of using the material without necessarily changing it but only employing it in a different way.

High technologies are developed with very simple means: different size clay spheres form a long series of adjustable belts which shade the interiors in summertime, casting beautiful decorative shadows, and acting as massive wall heating in wintertime. The succession of spheres with different sizes creates a pixel-based curtain wall with a wide range of possible patterns inside a basic orthogonal grid, opening up new opportunities for the traditional decorative patterns to express themselves.

The primary source of energy for the building is the sunlight: wintertime, the sun shines directly on the two main facades orientated SE and SW and on the clay panels which are closed to accumulate heat using the greenhouse effect and act as thermal mass warming up the whole facade.

During summertime, the facades are shaded by the roof. To ventilate the clay panels’ cavity, evapo-transpiration refreshed air is introduced at the bottom of the wall while the warm air inside the cavity is expelled through an opening on the top of the wall. 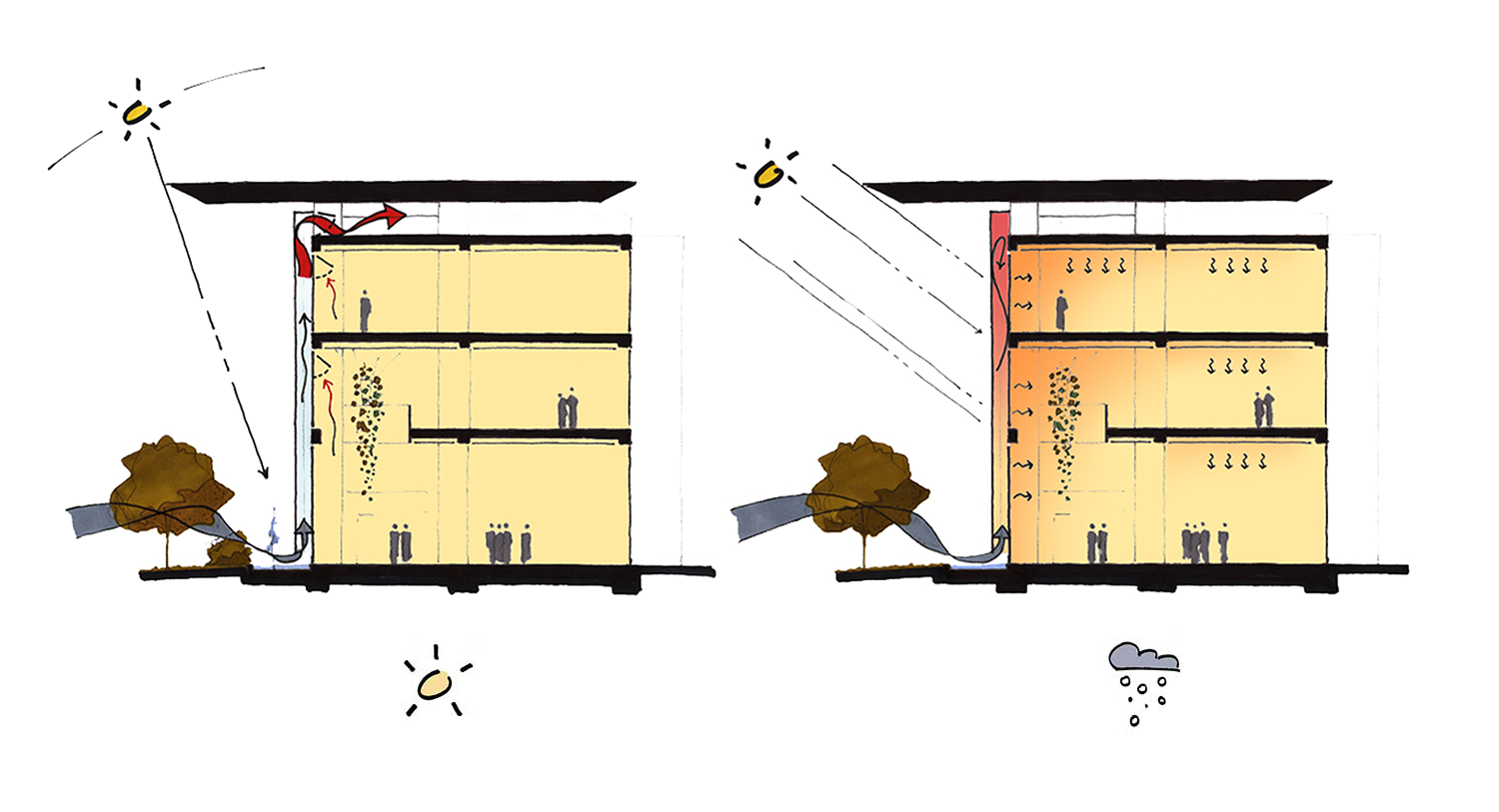 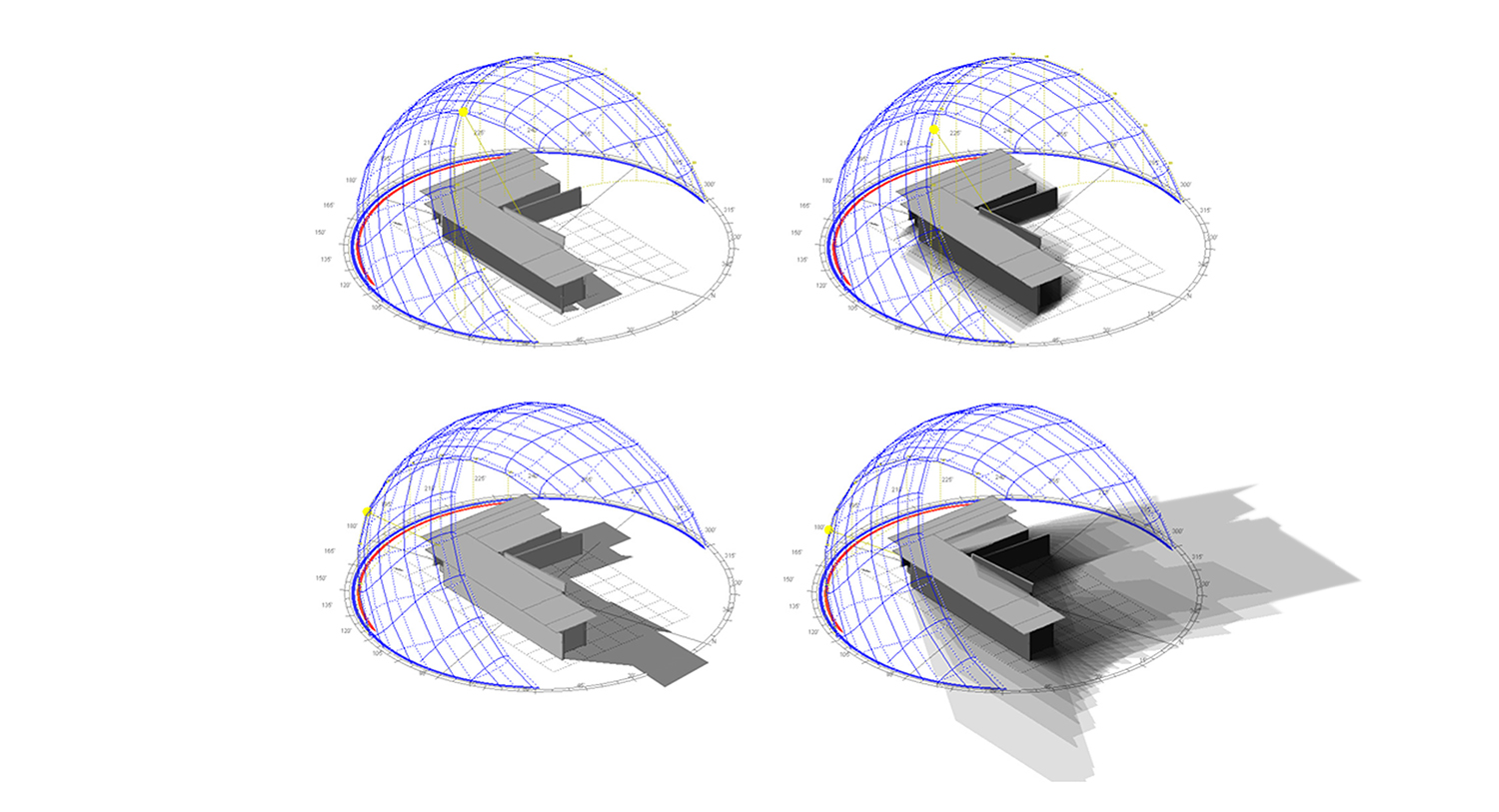 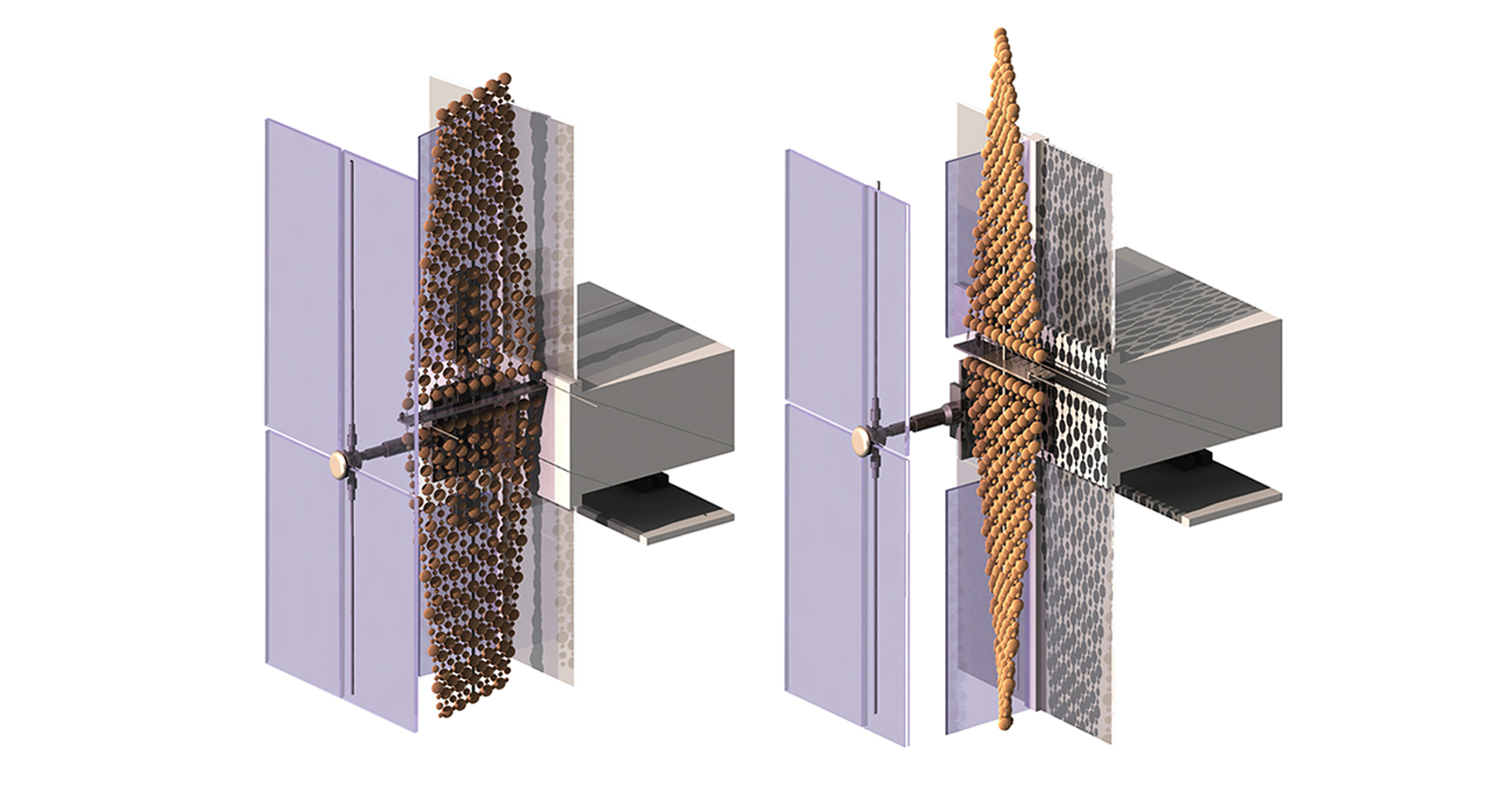 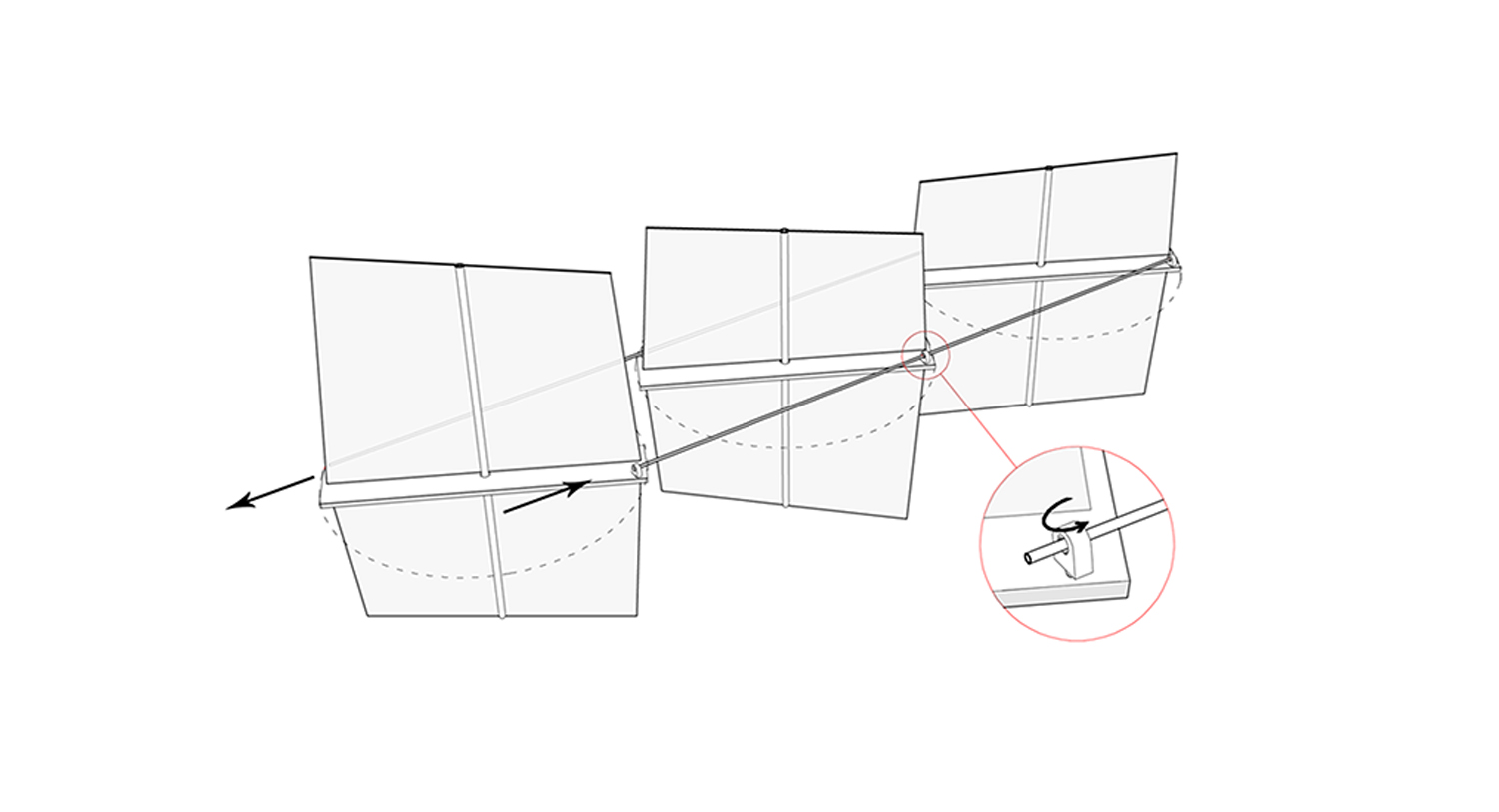