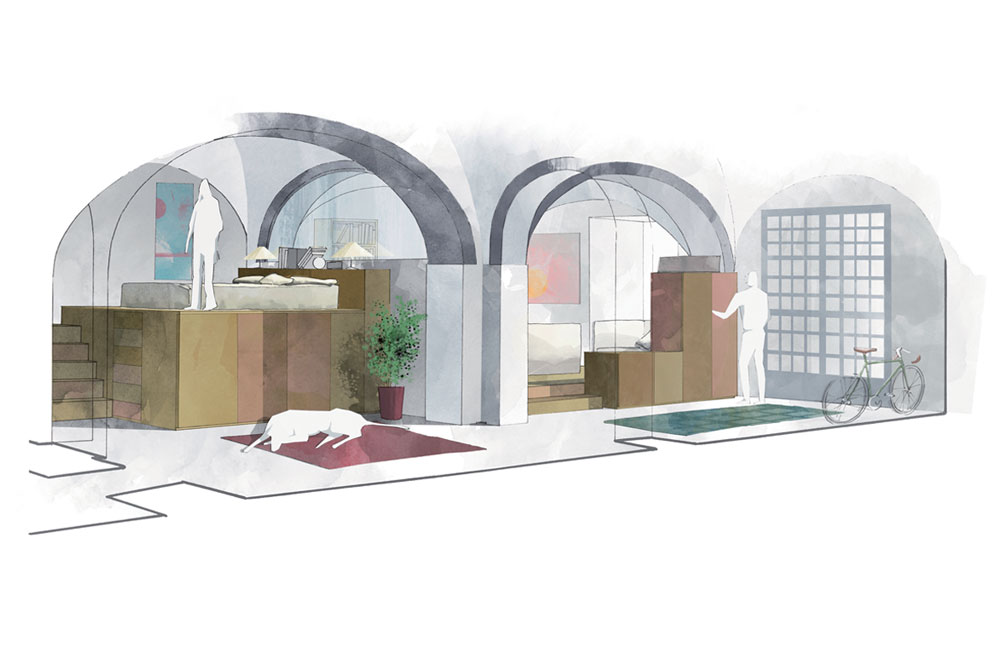 The subject of the operation is an old cellar located in Viagrande, a village on the slopes of Mount Etna, which has a winemaking tradition. The premises in question include part of the basement of an aristocratic building from the sixteenth century, private gardens and an old run down guesthouse, detached from the main building. The client requested a solution which would transform, with a restricted budget, one or both the premises – warehouse and guesthouse – into a residence. Due to the very large surface area of the buildings three possible independent units have been identified, considering the possibility of constructing them all, with subsequent renovations over the next few years.

The first project involves the ruin of the former guesthouse. Four massive outer walls enclosing a wild-grown open air garden is all that remains of the large guest quarters, later used as a warehouse. The framed openings open up towards the inner courtyard, a private and snug space (characteristic of Sicilian architecture). The fascination and respect that this ancient structure arises, encourages us to seek a solution that meets the needs of the Customers and enhances the original frame maintaining a respectful distance. In this perspective, the project is built on the concept of ‘open interior spaces’ and an ‘outdoor enclosed casing’.

The second project involves the transformation of the three premises belonging to the current warehouse (kitchen, basement, and shed) highlighting the view over the private courtyard, which is typical of numerous Mediterranean traditions.

In the third project, the entrance to the old warehouse is transformed into a loft. The main space is lit by two large windows and two French doors overlooking the southern and the western fronts, a succession of large lava-rock arches supports four vaults and divides the space in as many zones. The project divides the open space into different environments by using ‘wooden box’ furniture and combining different essences: referring directly to the original function of space, storage of goods, and meeting the tight budget. The existing structure contrasts with the new project, in an attempt to capture the essence of the place. 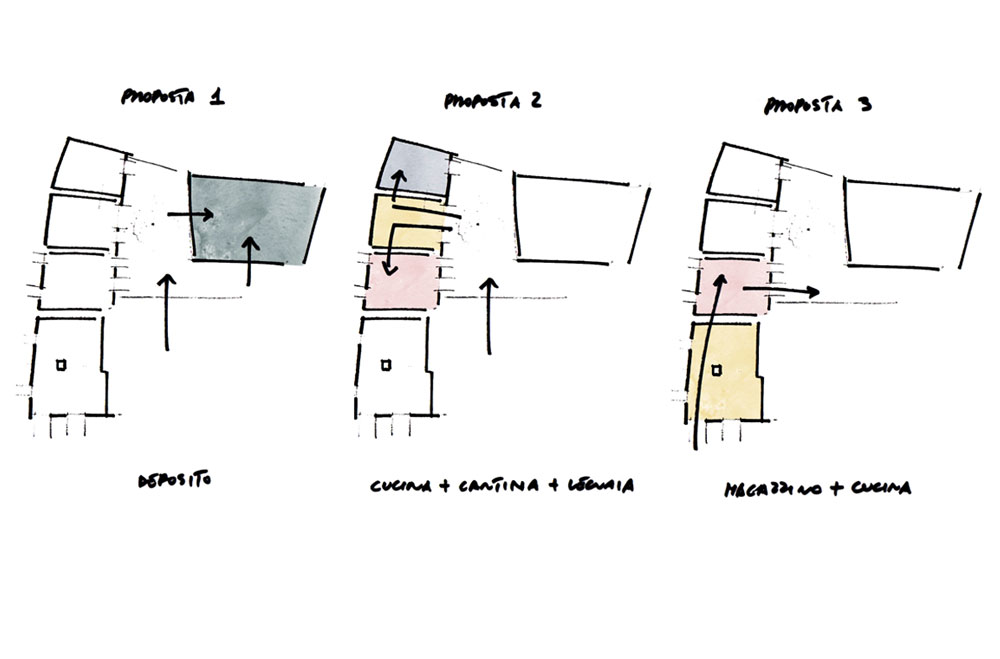 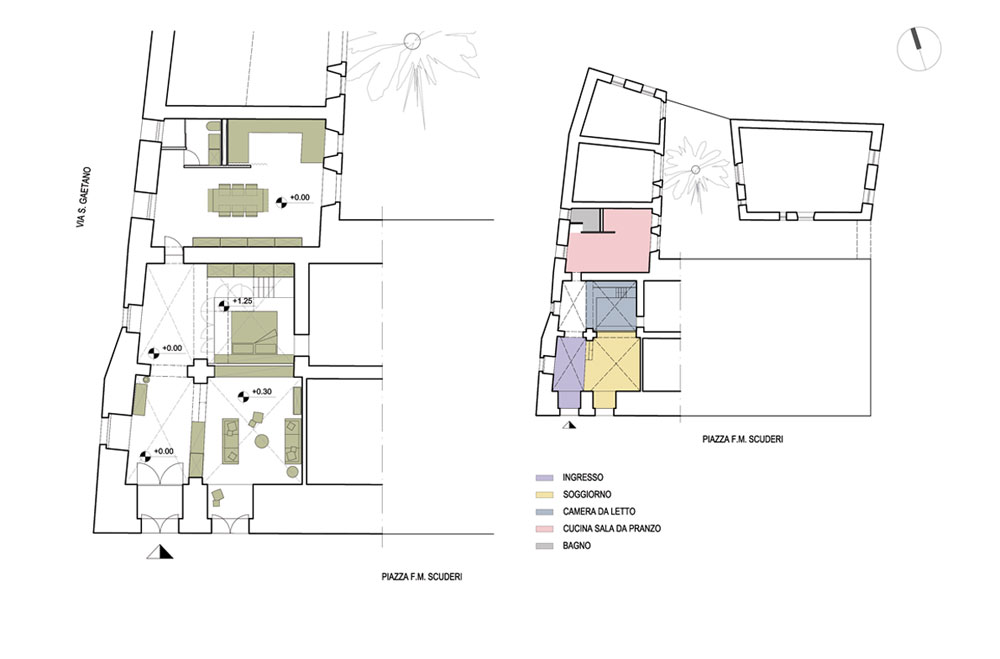 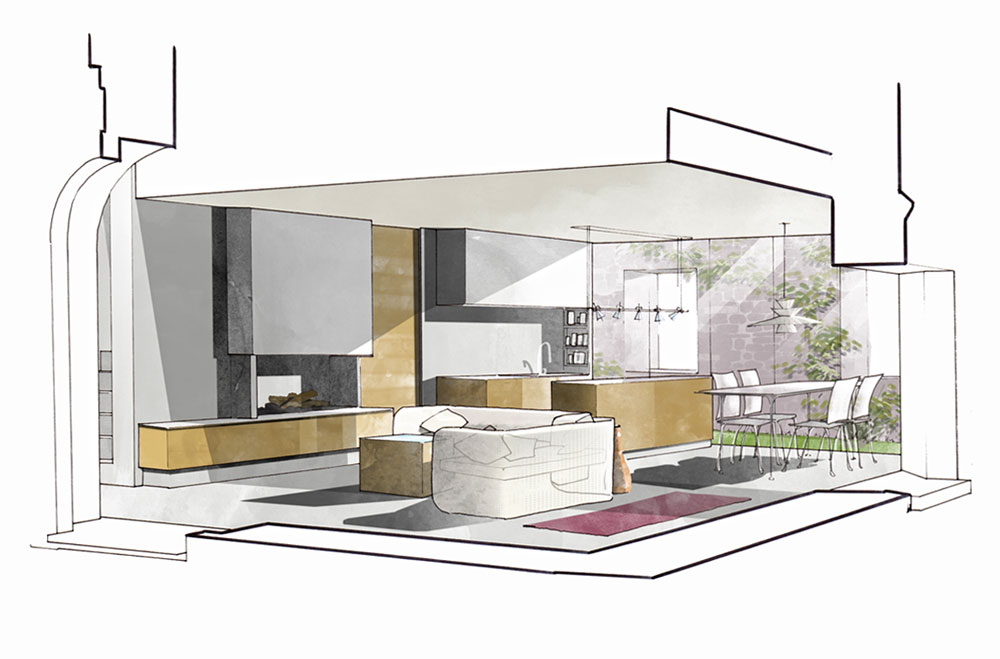 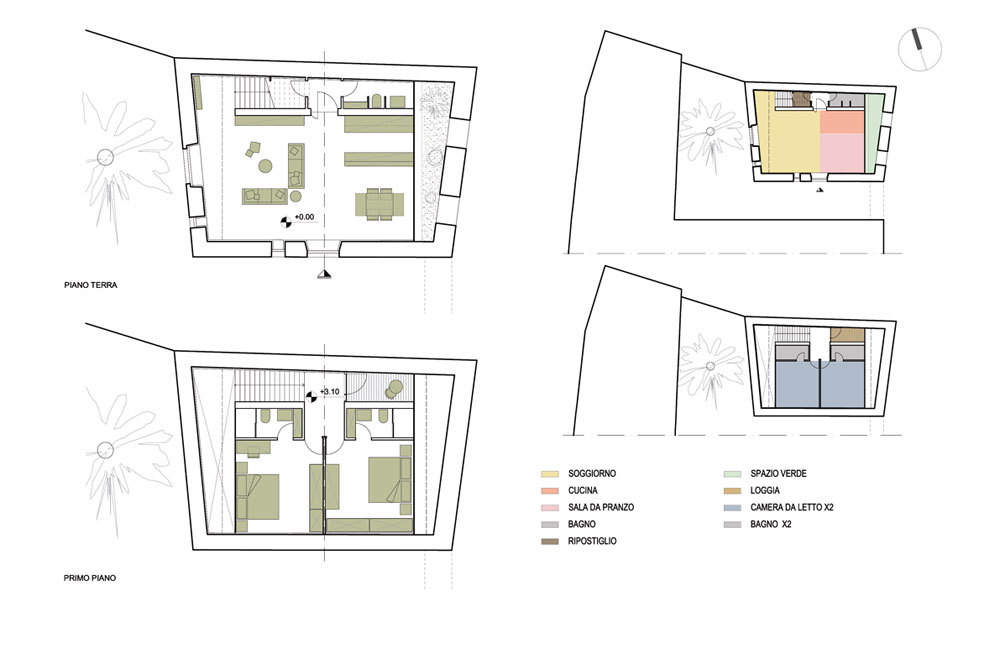 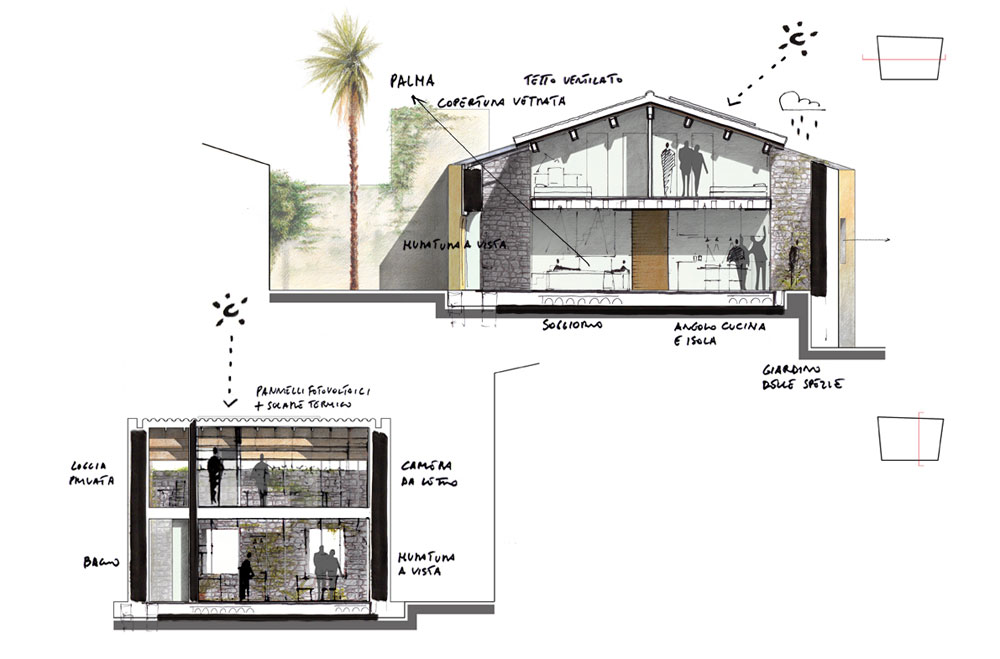 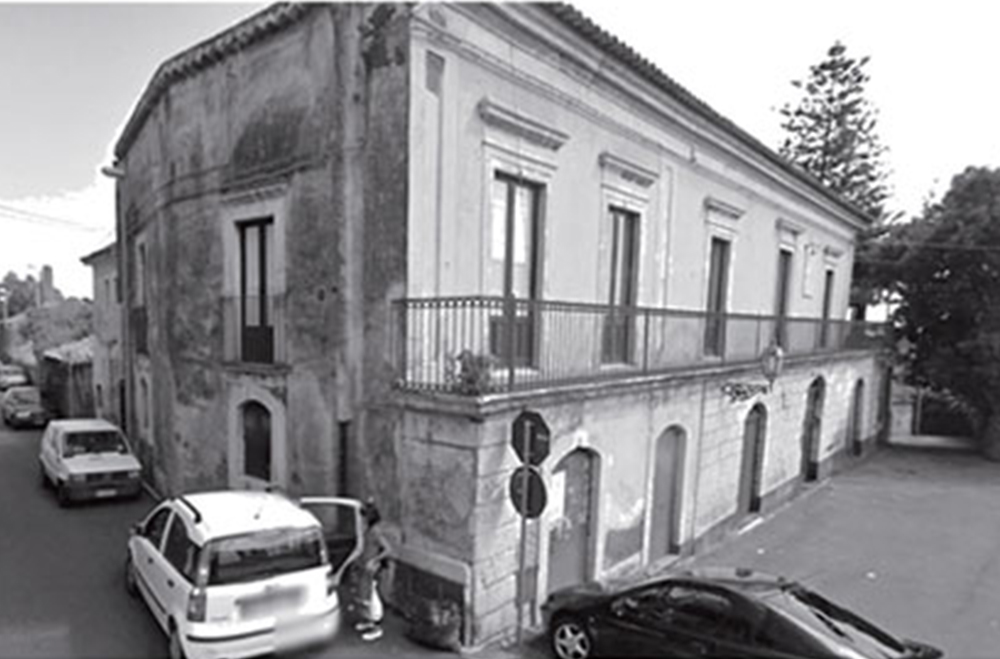 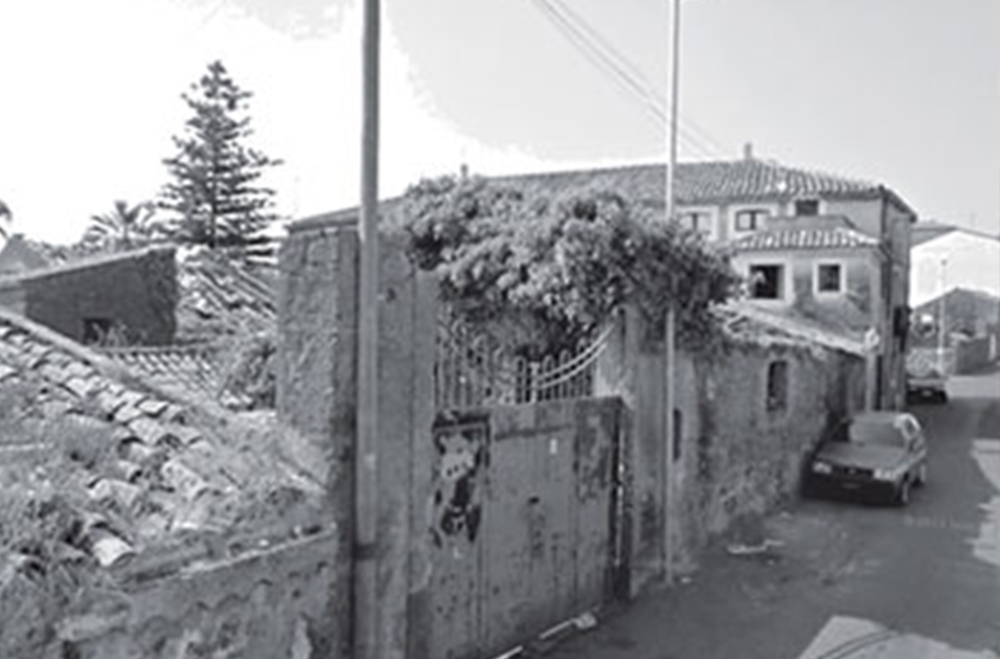 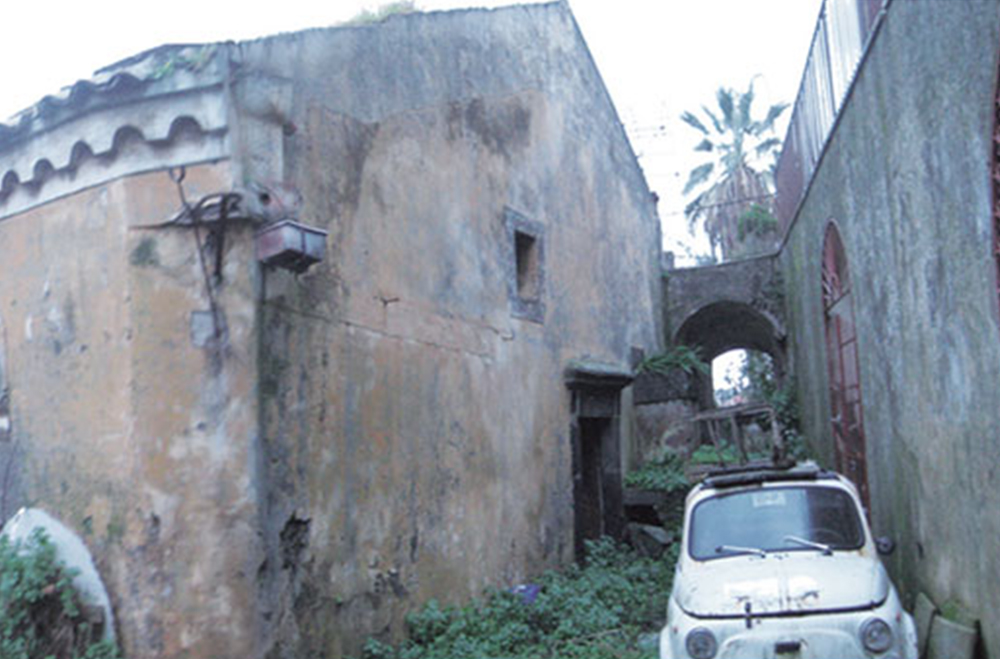